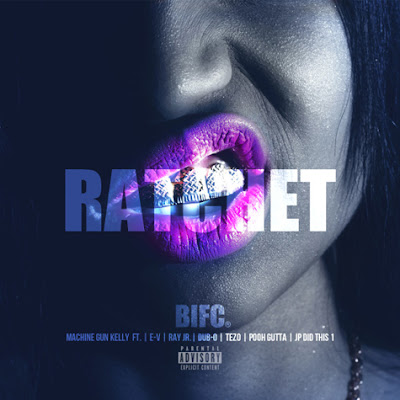 Every time I see the word 'Ratchet' I just think of that song 'She ratcheeeeet!'
Machine Gun Kelly teams up with E-V, Ray Jr, Dub-O, Tezo, Pooh Gutta, JP Did This 1 his Cleveland peoples for this new track 'Ratchet'.

MGK released his first studio album 'Lace Up' in October 2012, the album went to number 2 on the US R&B and Rap charts.