New Video: The Saturdays - What About Us 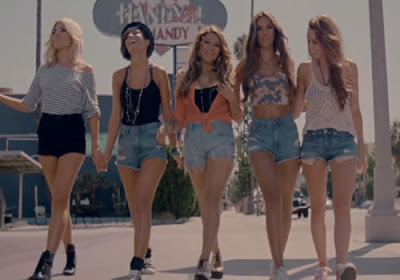 The Saturdays join the line-up of UK artists that are conquering over in the States. They join the likes of One Direction, Emeli Sande and Ed Sheeran to name a few.

Now The Saturdays who have been picked up for a reality show by channel E! have also announced a new pregnancy from Rochelle of the group who is the newly wed also, she is married to Marvin of the boy group JLS.

Shot in Los Angeles, California the girls have a little Caribbean flavour in their tone of voice in the song. Watch as the Brits takeover the streets of LA in their new video 'What About Us' below.