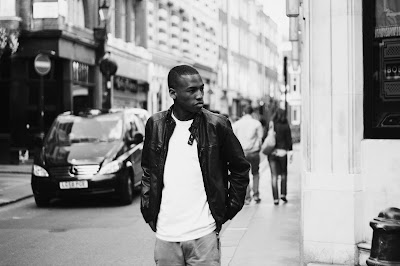 As of yet, Jones 2.0 may not be a name you are familiar with, but as part of the independent urban UK scene, the 22 year-old rapper will certainly be hot on people’s lips by the end of 2013. The young musician has spent the last six months playing gigs such as the ‘Live and Unsigned’ finals infront of a 10,000 capacity crowd, as well as The Comedy Pub Leicester Square, Vibe Bar Brick Lane, Beck Theatre Hayes & Berties Bar Wimbledon, as he continuously works hard to perfect his live show performances.

“I’m not trying to make it big off of a certain gimmick. I’m just trying to be me and make the music I’d like to make,” says Jones, as he tries to stay away from the cliche rapper tag.

Taking his inspiration from the likes of Kid Cudi, it is the rappers unique and engaging lyrics and honest view on life that sets him out from the other unsigned rappers out there.

‘Bright Lights’ is the first official release by Jones 2.0, and sees him present a hard-hitting piece of rap music. To accompany the release, the talented MC now presents the incredible visual for his debut single, taking viewers through the Bright Lights of London city.

Jones 2.0 is currently working on various new projects which are set for release later this year, so keep your eyes peeled.