One Woman Army: Ciara Gets Suited Up For 'Annex' Magazine 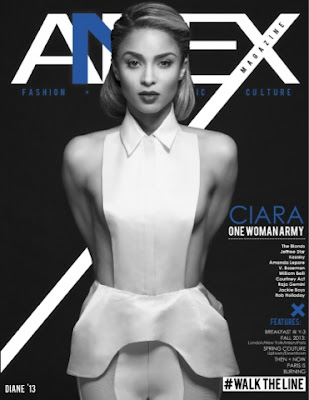 Ciara is looking like she's about her business on the cover of Annex Magazine "Diane" issue. Ciara just released her single 'Body Party,' which was written by her boyfriend - Future and produced by Mike WiLL Made-It!

In this "Diane" issue, Ciara dishes on her upcoming album 'One Woman Army' which is set for a June release, as well as her inspirations - name dropping everyone's favourite - Kendrick Lamar, read what the Superstar had to say below:

About 'One Woman Army':
"I am approaching this record in a different way than I have any other project before. While recording "One Woman Army" I have been running towards my fears and allowing myself to be vulnerable in many ways; for the first time I allowed myself to be completely open in the music making process. I can honestly say this is the most that I've ever had making an album."

On her [Ciara]'s inspirations:
"I really love listening to artists like Lana Del Ray, Kendrick Lamar, Drake just to name a few. However, I continue to find inspiration from the generation of greats such as Michael Jackson, Prince and Madonna."

I love this interview with Ci-Ci, check out the rest of her photos from the photoshoot for the magazine, which is out on newsstands on March 18; as well as the BTS photoshoot! 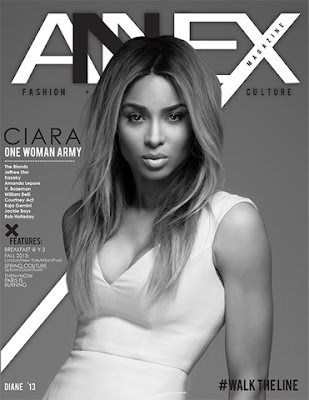 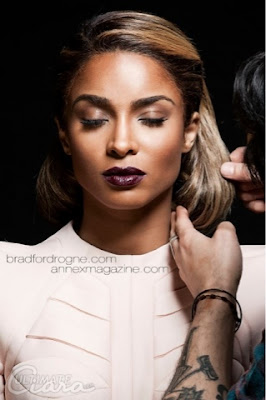 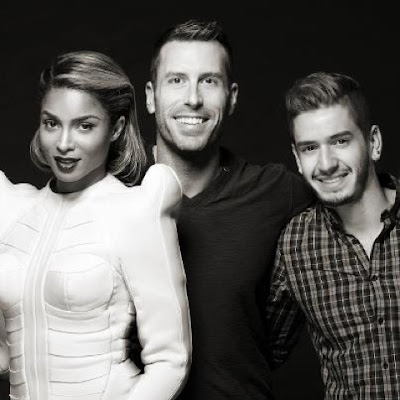