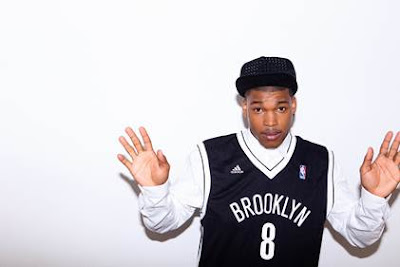 Firing on all cylinders straight from the get go, US rapper KNYTRO’s classic hip hop vibes and electro-soul influences have him standing head and shoulders above the pack. ‘Still Standing’ (the first taster from his debut mixtape Project Haarpoon due to drop later this year) takes a hard-line and looks to the darker more ominous side of his personality; as an opening gambit it’s unstoppable.

Set to play Reading and Leeds Festivals this August and then work his way through the smallest, sweatiest clubs in Europe spreading the good word and building his name from the ground up; there’s no way KNYTRO’s going to stay underground for long.

Signed to MTA Records (owned and founded by Chase & Status), KNYTRO’s classic hip hop styling is a refreshing wave in the current climate and cut with his modern influences the upcoming mixtape will undoubtedly turn heads. After ‘Still Standing’ received over 3500 plays (and counting) on Soundcloud within a very short space of time MTV Iggy hosted the premiere for the brand new video showing KNYTRO’s unique vision and the exciting off-kilter image he’s created for himself.