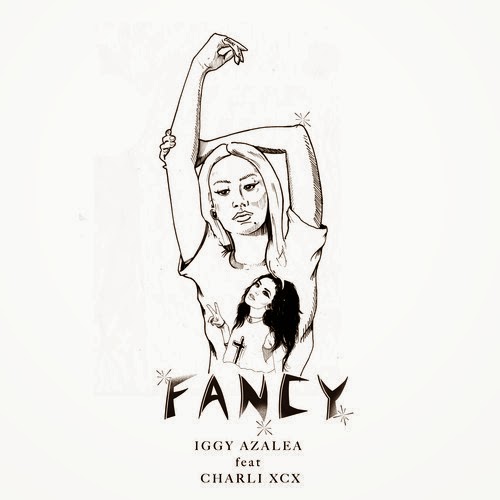 With stripped back produced driven by an infectious retro-induced synth ‘Fancy’ is without a doubt Iggy's best song yet, and Charli XCX's contagious chorus adds to more reasons why we'll love the song.

Sunday 6 April sees the release of the ‘Fancy’ single, just over a week before we get her highly anticipated and long awaited debut album ‘The New Classic’.

After hitting cities from London to Atlanta, Paris to Sydney, Milan to LA and so on - Iggy Azalea will continue her world domination this year and has already begun after performing at the Grammy Awards Friends 'N' Family party last month, where she was joined on stage with fellow rapper, T.I. to perform their UK hit single ‘Change Your Life’ together.

Iggy called on The Invisible Men & The Arcade who produced her single ‘Work’ to work their magic and produce ‘Fancy’, while infamous Anthony Kilhoffer was enlisted to provide the final mix.

‘Fancy’ is a floor filling-twerking-masterpiece which we'll see a lot of people convert themselves to Iggy Azalea fans once the beat drops.