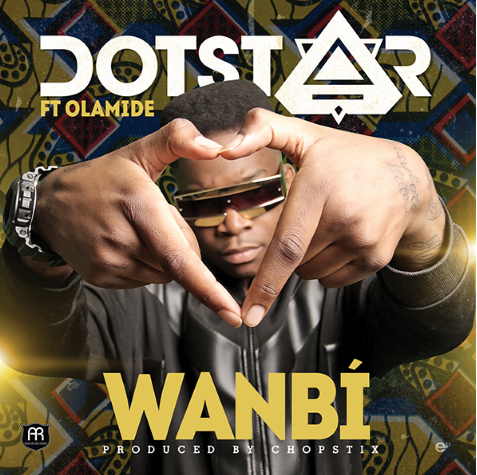 It's been a minute or two since we've heard from UK artist Dotstar. Previously a funky house crooner, the 22-year-old has now embarked on his latest journey as an Afrobeat artist.

Dotstar already plans on making a huge comeback this year with his forthcoming EP, ‘The Arcade’, but before that - he drops off the first official release - ‘Wanbi’.

Having previously performed at events such as Koko Concert UK and Funky Live at the Wembley Area, he has also supported international artists such as Fabolous and Tyga - an event that led the YMCMB artist to feature on a self-produced track of Dotstar's entitled ‘Tattoo’, which gained over a million views on YouTube.

‘Wanbi’ a head-bopping club banger is one of Dotstar's best songs yet. With Chopstix on the production and the YBNL CEO - Olamide delivering a fire verse, it's no secret why this song is a fan favourite.

Dotstar who is now signed to AR records alongside Chip, Paigey Cakey, Wretch 32 and more to name a few - has been working on some new material with some of the biggest names in the Afrobeat scene including; Maleek Berry, Sinzu, Wizkid, Shank and R2bees.

Hmm.. We can only be left wondering what's in store for Dotstar, until then - listen to ‘Wanbi’ below!