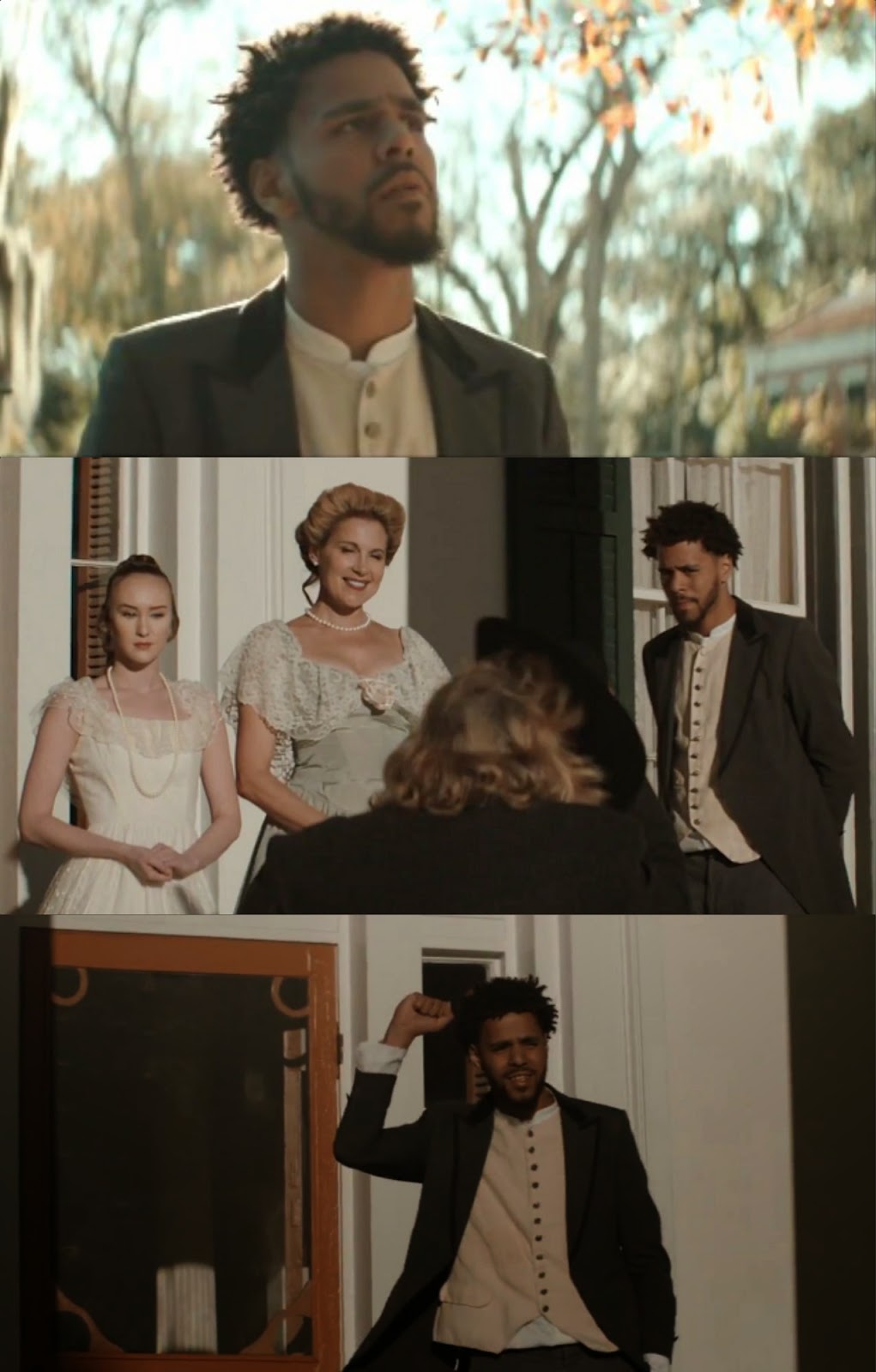 Visually capturing the lyrics of one of his most well-received songs ‘G.O.M.D.’, off his new album ‘2014 Forest Hills Drive’, J. Cole takes us on a journey in the new video, where he plays the role of a rebellious house slave.

The new video directed by Lawrence Lamont brings a relevance to the bars and rhymes Cole is rapping about in ‘G.O.M.D.’.

In this video, J. Cole is seen as the house slave where at first he is working for the white people, and answering to their needs and doing what they want for him to do. Whilst doing this, Cole is not getting the respect or the response he is looking for, from his own people (the black people in the video). As the video goes on, J. Cole is realizing his wrongdoings and then tries to revert back and connect with his people, eventually slyly getting hold of the keys off his master, as well as of all the weapons, to give and to help his people; where they take control and the power is in their hands.

Same with the song, in the first verse J. Cole's rapping about him going down the mainstream route of music, then later realizing by the second verse that this is not what he's supposed to be doing, but rather for him to send meaning and truth through his music and connecting with his people. By verse three - "the make up", he has rightfully done so, and gone back to his roots and made meaningful music rather than making music to please the charts and the mainstream scene.

Sometimes, it's not everything that needs an explanation, but just for people to forcefully open up their minds to what is put in front of them - which J. Cole has done exceptionally well with this new video.

Nicely done J. Cole. Together with Lawrence Lamont - creative geniuses. Watch it all unravel in the 5-minute-cinematic clip below.

That was my breakdown on the whole song and video. Think similar or different? Hit me up on Twitter: @Mobolaji_ and let me know your thoughts.
Posted by Mobolaji
Email ThisBlogThis!Share to TwitterShare to FacebookShare to Pinterest
Labels: J. Cole, New Video