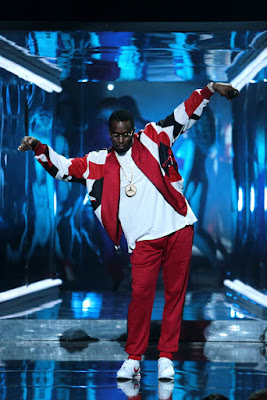 Diddy wasn't lying when he said "10 years from now, we'll still be on top!"

The BET Networks celebrated 15 years of the BET Awards (since being televised in June 2001), at last nights ceremony held at the Microsoft Theatre in Los Angeles. And during that celebration, was another celebration - Diddy was celebrating 20 years of Bad Boy records.

Without a doubt, the Bad Boy reunion at the 2015 BET Awards was the highlight of the show for me. We all knew that it was going to happen, but I don't think people were actually ready for it. 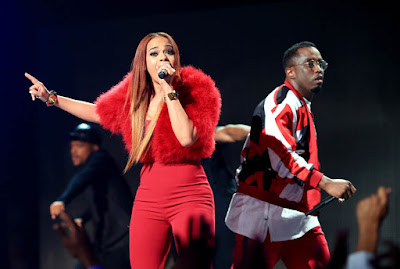 Last night (June 28), Bad Boy's Diddy hit the stage to celebrate 20 years of the iconic label but he wasn't alone, he bought out Mase, 112, French Montana, Faith Evans, The Lox and Lil Kim to help celebrate and perform a medley of classics that we all grew up listening to. Before Pharrell joined him on the stage to perform their new single ‘Finna Get Loose’ debuting on Apple Music tomorrow (June 30).


The music mogul kicked off the reunion with an entrance that reminded us of a scene from the 1997 hit single ‘Mo Money, Mo Problems’ and performed his record ‘Can't Nobody Hold Me Down’, before Mase joined him on stage to perform ‘Feel So Good’. 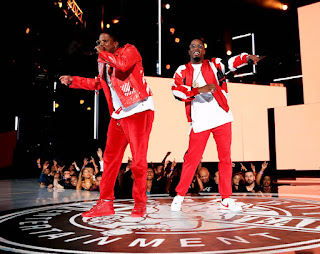 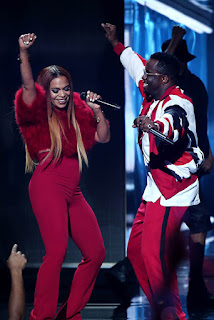 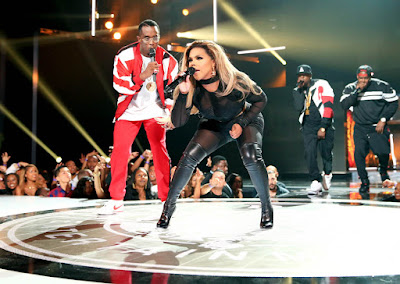 The audience are seen partying to the classics, as 112 perform their classic ‘Peaches and Cream’, then after as Diddy performs ‘I Need a Girl (Part II)’. Faith Evans wows the crowd with her vocals during her ‘Love Like This’ performance, (and Rihanna was of course feeling the performance).

Switching up the beat, French Montana performed his remix of Bobby Shmurda's ‘Hot Nigga’, before The Lox's Jadakiss and Sheek Louch join Diddy on stage to perform the ‘All About The Benjamin's’ remix. (Floyd Mayweather was really enjoying himself, as we can see).

To our surprise, Diddy took a nasty drop in a hole, but bounced back up. For us to later realise that the hole was used for Lil Kim's entrance. Lol. But please, back to the show.

Rising like a phoenix from the ashes, the original Queen Bee, Lil Kim then made her epic entrance that had social media buzzing (literally), and just shut it down with her verse from ‘All About The Benjamin's’ (cue Kelly Rowland getting her life rapping along! As well as Joseline & Stevie J having a fan moment. I was waiting for them to show Nicki Minaj's face! Lol!) 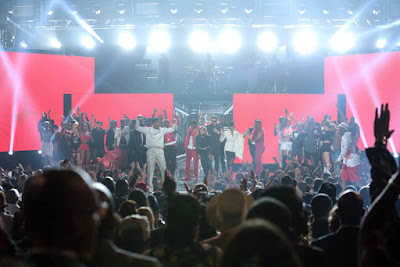 To end the reunion, Pharrell Williams hit the stage and performed his new record with Diddy, ‘Finna Get Loose’. But we cannot overlook Chris Brown and Diddy's son Christian doing a dance routine on stage during the performance, and then Chris Brown dancing in the aisles of the theatre - he really must've been feeling the song, he even had a mini dance battle in the aisle. LOL. You've got to love Chris Brown!

Get your life and watch the full performance below.

Congrats to the Bad Boy family on celebrating 20 years! Check out the pics of their reunion when you click "read more". We're waiting for that world tour now... 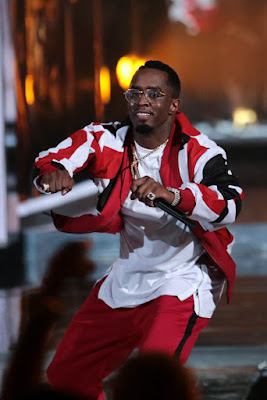 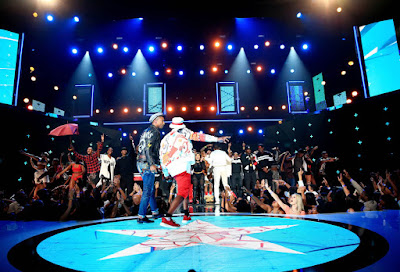 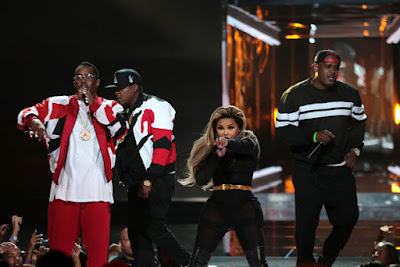 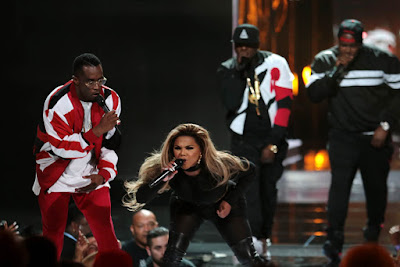 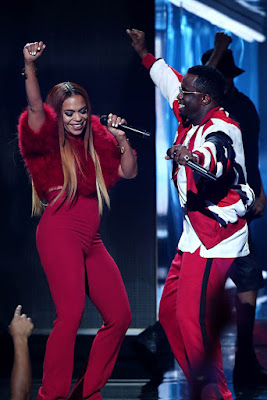 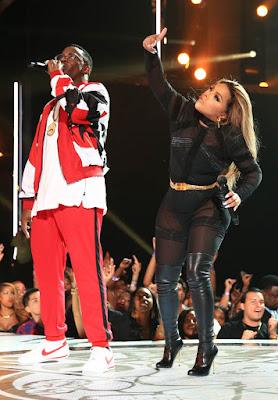 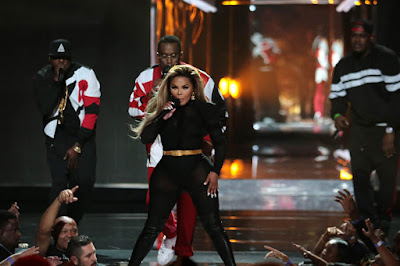 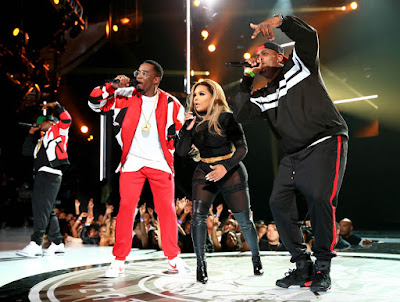 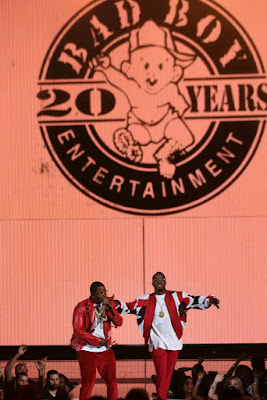 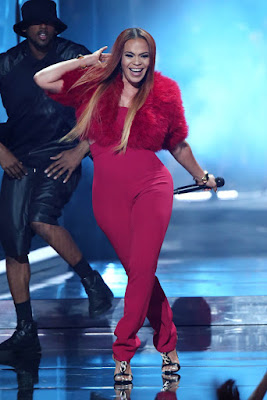 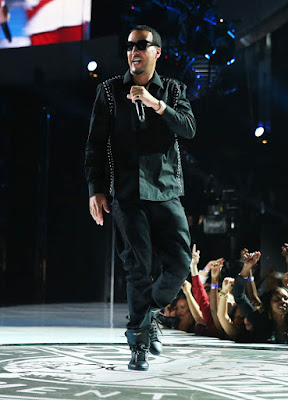 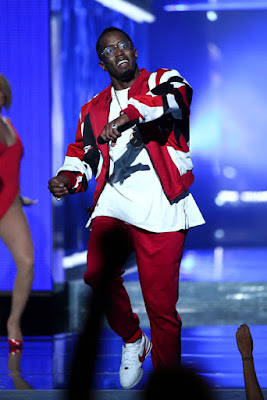 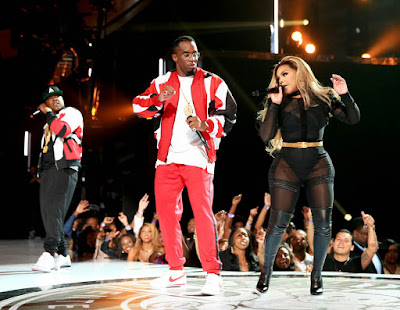 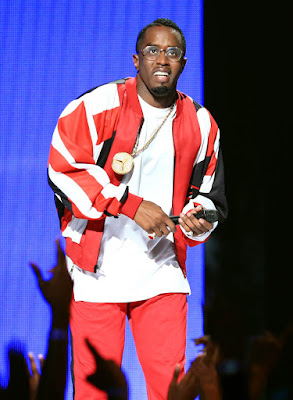