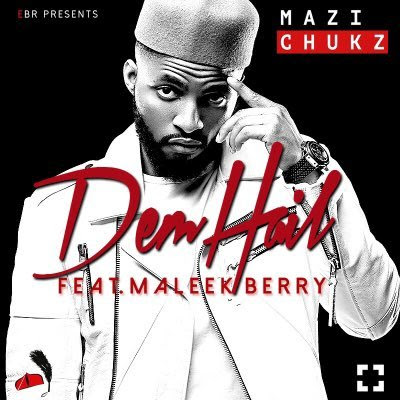 It's been a while since we've heard from Mazi Chukz after he released ‘SOS’ featuring Baseman and Ezi Emela last year.

After a short hiatus, Mazi kicks off 2016 with his latest release ‘Dem Hail’, produced and featuring Maleek Berry of Wizkid's Starboy Entertainment and Berry's Room.

‘Dem Hail’ is Mazi's first single off his forthcoming EP and will detail his experiences he has faced in the music industry, as well as growing up into a man.

The new record hears Mazi and Maleek sing about shutting down the scene, and being hailed whenever they come around. The video for ‘Dem Hail’ will be released shortly, until then... listen to the new track below.