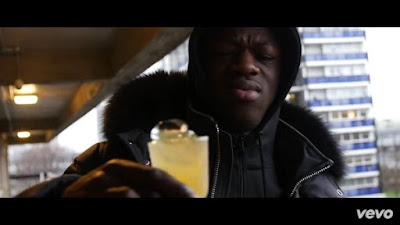 J Hus first came to light in December 2014, when he appeared on the UK music scene with some of the waviest ad-libs. And has since then been unstoppable with his music.

‘Friendly’ is the latest banger by J Hus and joins his previously released records ‘Dem Boy Paigons’, ‘Want From Me’, ‘No Lie’ and ‘Lean & Bop’ to his growing list of hits.

The thank you track dedicated to his fans, was released late last year and produced by J Hus' close collaborator J.O.A.T.

J Hus has been an impressive act to watch grow over the past year, so it'll be amazing to see him continue that wave this year, and to hear the new music he'll be releasing, over the coming months.

And like many, he likes his Fanta with no ice! Lol. Watch the video to the catchy ‘Friendly’ below.