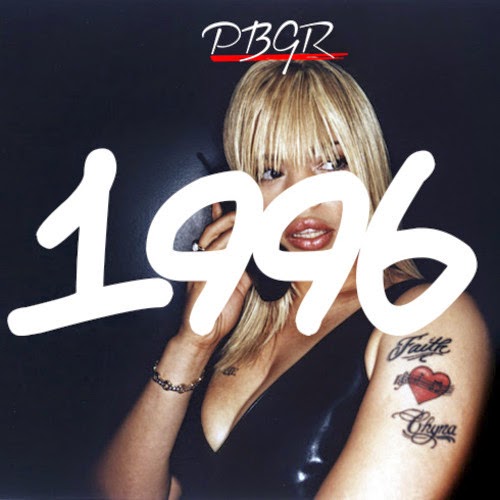 Okay. I've been secretly listening to these guys for a while now and I think it's about time that they got an official introduction to the readers of this blog. I mean, I can't be selfish and keep them all to myself. Can I? LOL!

UK rap duo Skeps Swarve and Crunch make up of the group PBGR, and for the longest time - their music has been in heavy rotation on my iTunes.

Hailing from London - PBGR (Play Broke Get Rich) have really mastered their sound within such a short space of time of their career being in the limelight.

Already having a wide range of songs, and a strong fanbase - Skeps Swarve and Crunch are upping the levels of the underground UK rap scene with their music, and ‘1996’ being a perfect prime example.

Already pinned as GrmDaily's "record of the week", ‘1996’ sees Skeps and Crunch pay an ode to the ladies in their lives with this old-school R&B theme. Keeping up with the theme, they take it way back by sampling a Faith Evans' classic ‘Reasons’ in the backdrop; as well as containing elements of Kendrick Lamar's ‘Hol Up’ off ‘Section.80’.

‘1996’ adds to the list of songs from PBGR including ‘Well Wishers’, ‘La Familia’ and ‘Loss for Words’ featuring Mike Bagz, and the one that made me fall in love with their work ‘Billy the Kid’ featuring Seyi and many more.

Skeps and Crunch have not only shown that they can make feel good music, but have also shown how lyrically blessed they are on the Robbie Anthem production.

This summer banger is one that will surely make the females feel special.
PBGR are ones to watch for 2014!