Boy, oh boy. Twitter is one platform that I'm glad I have lol. We're only on the 27th day of the 2016, and it seems as if people have a lot to get off of their chest (celebrities included), and they're taking it to social media - Twitter and Instagram to do so. Kanye West and Wiz Khalifa are the latest to air out their "issues" with one another on the platform; Kanye, being more vocal of course.

Tuesday evening (26th January), Kanye West tweeted the new album title to his forthcoming album, changing it from ‘Swish’ to ‘Waves’, expected to arrive February 11th. The photo he uploaded to his account on Twitter showed the tracklisting with doodles scribbled on a notepad, as well as a crossed-out ‘Swish’, to now ‘Waves’. 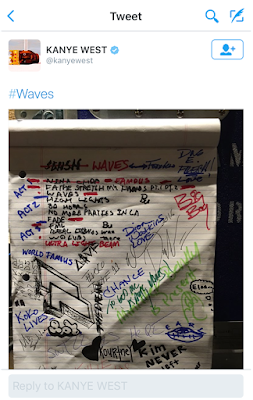 The change in the album title got a lot of people tweeting their thoughts, Wiz Khalifa included. Wiz voiced his opinion on the "wave", giving credit to incarcerated rapper, Max B for playing a huge part in creating the wave. Wiz let it be known in a series of tweets, that the whole reason why he sings on his songs is because of Max B. 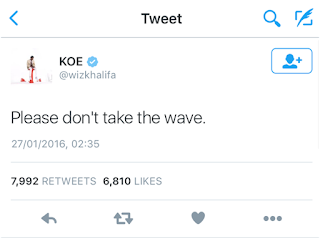 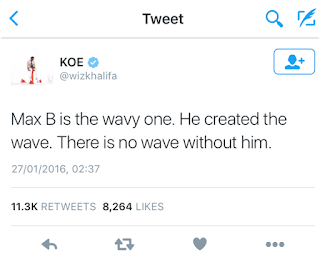 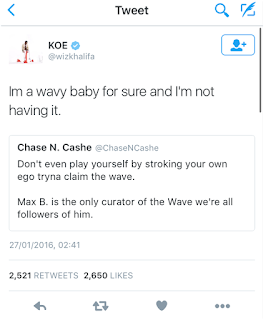 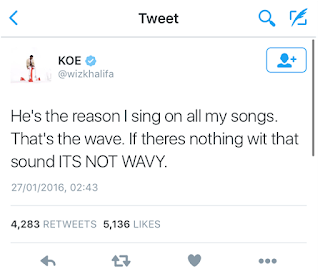 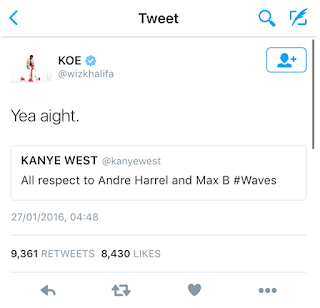 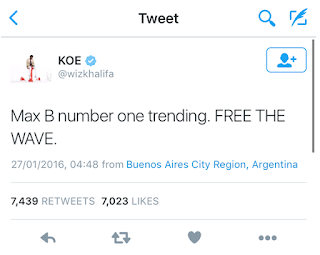 Well Kanye definitely caught the shade, and sent in right back in a Twitter rant today. Blasting Wiz Khalifa was one thing, but then Kanye went onto fire shots at Wiz' ex-wife Amber Rose, slut shaming her and then going on to talk about their son Bash; with disrespectful tweets such as:
“You let a stripper trap you”
“You wouldn't have a child if it wasn't for me”
“You own waves? I own your child” 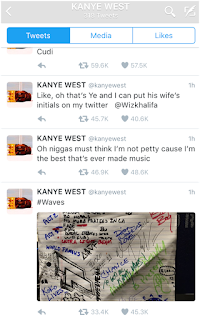 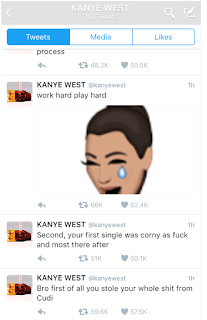 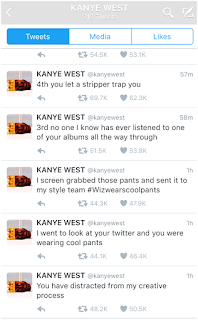 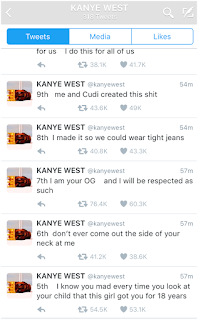 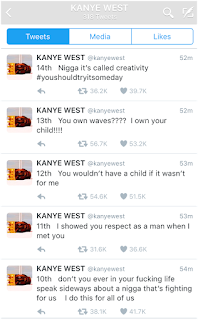 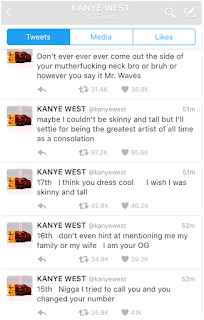 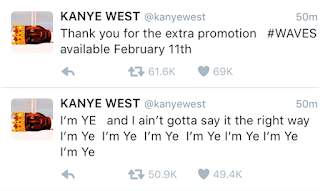 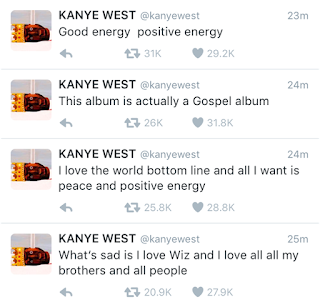 My days this is a mess!

While Wiz chose to remain silent and not reply to any of Kanye's out of line comments, Twitter knew that Amber Rose's clap back was in the works, as they created memes and made jokes anticipating her arrival on the timeline. (Yes, from myself included. I couldn't resist it lol). 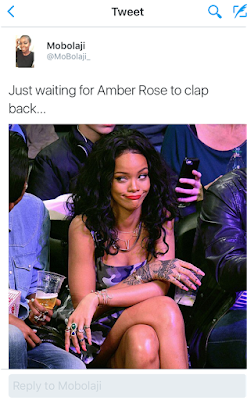 And they were not disappointed when “Muva” made her grand entrance on the timeline with the tweets below: 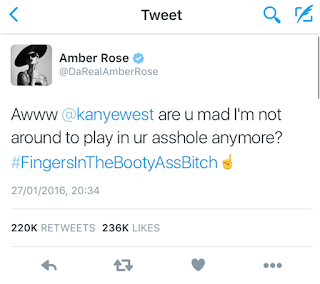 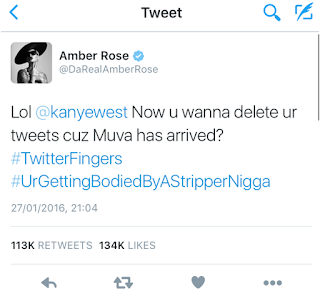 Ha! We can always trust Amber Rose to deliver. #FingerInTheAssBootyBitch

Kanye West has since then deleted his tweets, but I cannot help but wonder why he has a weird obsession with slut shaming and constantly disrespecting Amber Rose? Especially regarding sh*t that doesn't even concern her.

As entertaining as this was to read on Twitter at the time, it's quite sad seeing Amber being spoken about like that, especially by someone that once loved her. It's actually very embarrassing on his behalf..,
Posted by Mobolaji
Email ThisBlogThis!Share to TwitterShare to FacebookShare to Pinterest
Labels: Album News, Amber Rose, Clap Back Season, Drama, Family, Kanye West, New Album, Twitter Beef, Twitter Rant, Wiz Khalifa